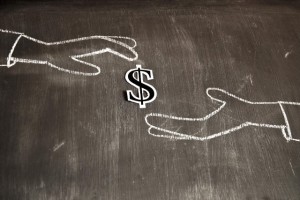 Lighthouse Title has agreed to pay $200,000 for RESPA violations, after a CFPB review. Lighthouse violated conditions of the RESPA laws by making agreements with real estate brokers to provide marketing services in exchange for referrals. RESPA, which has been enforced by the CFPB since it took over from HUD in 2011, specifically prohibits any kind of financial kickbacks in exchange for referrals between real estate agents and title companies.

According to the CFPB finding, Lighthouse created agreements that ‘“made it appear as if… payments would be based on marketing services the companies were supposed to provide” to Lighthouse Title.’ “However, Lighthouse actually set the fees it would pay under the [marketing services agreements], in part, by considering the number of referrals it received or expected to receive from each company.”’ [from Inman]

Despite their prohibition by RESPA, agreements like these are not uncommon in the real estate world. In May, Alabama’s biggest real estate brokerage, RealtySouth, was fined $500k for similar violations. Many agents don’t even realize they’re violating the rules. Read all about RESPA rules HERE.