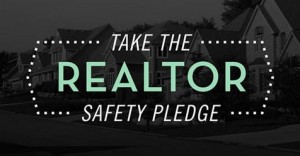 In response to the tragic and shocking deaths of real estate agents Ashley Okland and Beverly Carter, Dylan de Bruin and Joe Schafbuch, the broker-owners of 90-agent firm Century 21 Signature Real Estate in central Iowa, have started a petition to encourage safe and secure showing practices for all agents. The pledge, which has over 1000 signatures, as of this writing, calls on agents, brokerages and the general public to take a proactive approach to agent safety, and encourage the use of a “buddy system” and better open house security, among other things.

De Bruin wrote an open letter to the real estate community, in which he stated, “Because we all feel the need to compete in an open market for the limited pool of leads that exist, we tolerate reckless lead incubation and showing practices that we would never encourage our daughters and wives to practice. Our agents place themselves in precarious positions only because they know that if they don’t … someone else will. What must change is the fact that we accept as normative the idea that any agent should even entertain the idea of meeting a client at a property without first meeting at the brokerage office or facilitating some sort of initial screening.”

More on this over at Inman.

Take a minute to read, and sign, the pledge HERE.