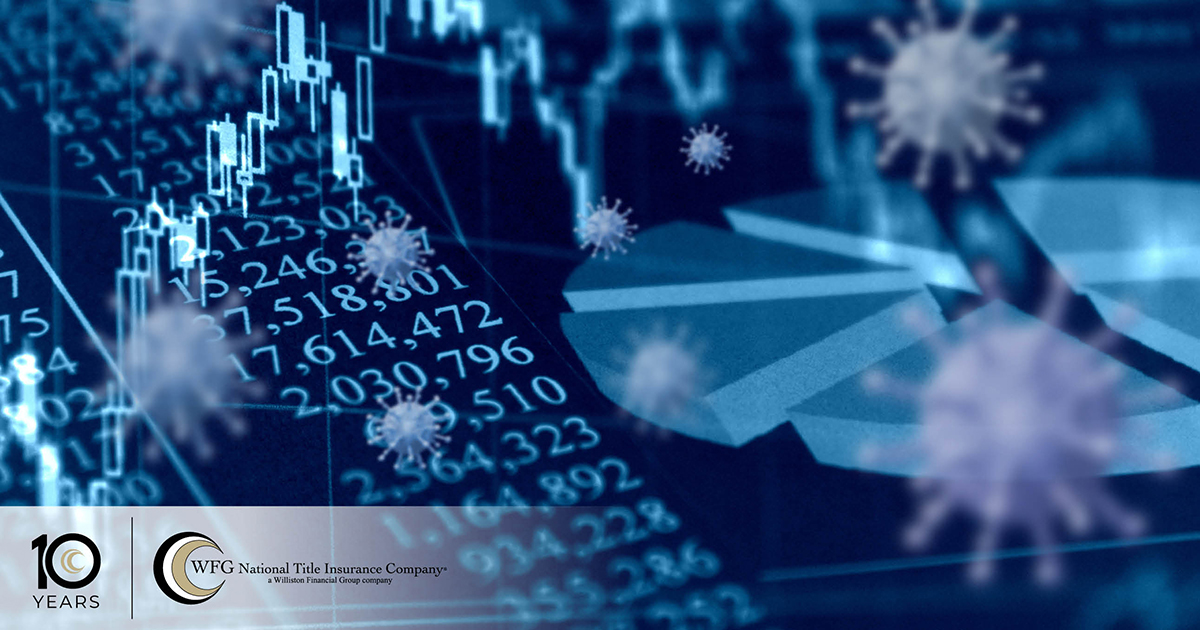 Recently, Williston Financial Group Founder and Executive Chairman Patrick F. Stone and business-focused economist, Forbes contributor, and Duke University Ph.D. Bill Conerly got together for a Q&A webinar, Economic Outlook and Title Insurance. During the webinar, they provided a snapshot of the current U.S. economic outlook, with a focus on real estate and title based on questions they received from viewers.

On the bright side, Stone said WFG has been fulfilling a record number of orders and that the real estate industry is “benefiting from the refinance boom and the low interest rates” and surprisingly quick and strong comeback that the resale market experienced.

“I think this may reflect a cultural change,” he continued, “with people having a stronger desire to own a home, given the pandemic. Americans have refocused on the family and having their own place. According to Redfin, average time on market for a new listing is 20 days.”

Both agreed that the picture is dire for commercial real estate. Using data from Green Street Advisors, with whom he was associated for five years, Stone provided a clear picture.

“For malls, the pandemic may bring the early death of malls, and then strip centers,” he continued. “Shopping was already moving to online sales and the pandemic has really shifted the balance to tremendous reliance on e-commerce. If you eliminate autos, gas and food, about 30 percent of everything now purchased is purchased online.”

Conerly addressed the possible character of the rebound. “Right now it looks like the rebound will not be as steep going up as it was going down,” he said. “And it’s not going to get back up as high as we had been in, say, January. Not until we get a vaccine that works and is widely distributed.”

The conversation covers many subjects thanks to the thoughtful, probing questions from an informed audience. Listen to the entire webinar on the WFGAgent website.