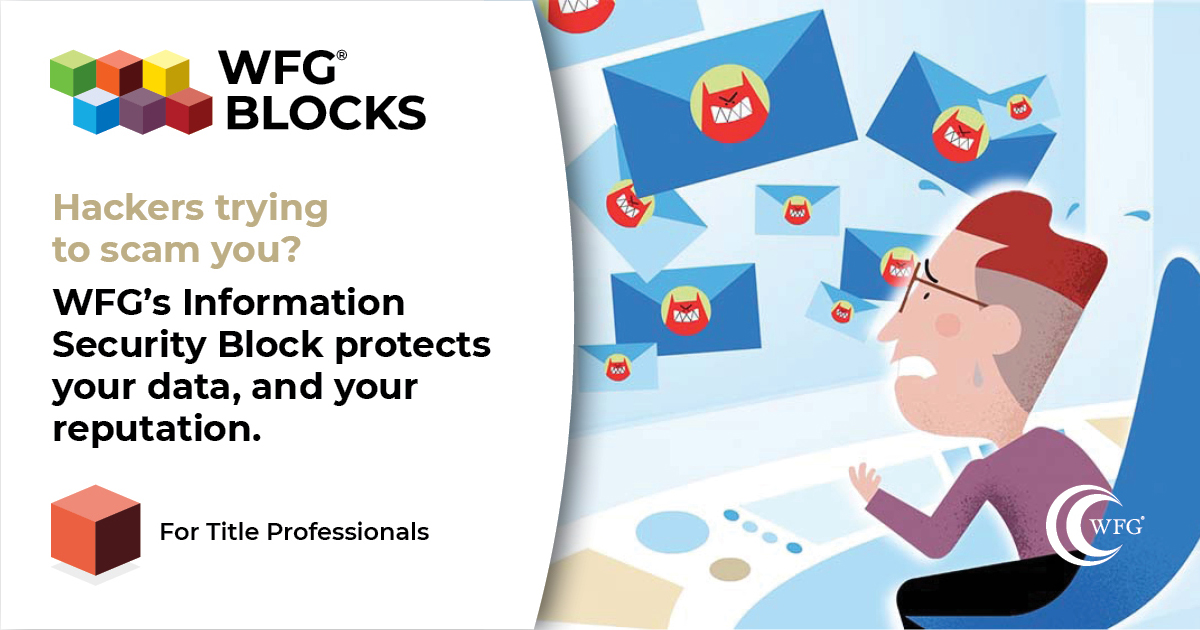 In a recent Facebook Live webinar Bruce Phillips,Chief Information Security Officer for WEST, a Williston Financial Group company, provided WFG title agents and others in the title and settlement services industry with deep background on the current surge in cybercrime activity.

Phillips is the mastermind behind WESTprotectSM, the groundbreaking WFG cybersecurity program, which includes the only cybersecurity helpdesk for small to medium businesses. WESTprotect is central to WFG’s Information Security Block, one of six components within the WFG “Building Blocks for Business” program.

A recent white paper on the program is now available for download[1].

Describing cybersecurity as a “massively important topic,” Nachlas underscored the urgency of the webinar by adding that, “cybersecurity is a very, very real threat in the world.”

“Cybercrime is big business,” he said. “The FBI reported about 800,000 complaints in 2020 with losses of $4.1 billion,” adding that cybercrime and ransomware “have increased over 280 percent in just the first half of this year.”

The webinar took place as the Cloudstar breach was dominating the mortgage industry news and beyond. Phillips cautioned that many still fail to grasp the extent of the danger represented by cybercrime, ransomware and mail fraud.

“There’s a common misconception on ransomware,” he told Nachlas and his audience, “which is that if you pay the ransom, you’ll be back up and running. The fact is you may or may not get a decryption key and tool to recover your data. You might be able to recover only a portion of your data.

“Only four percent of the people who pay the ransom actually get their data back,” he said.