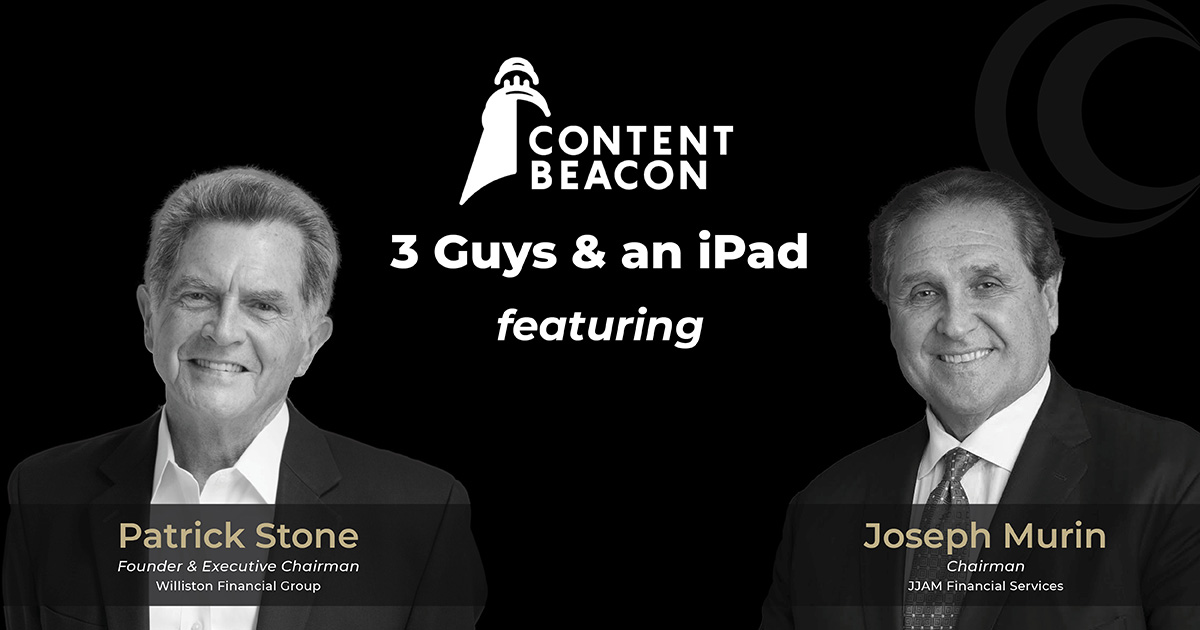 When WFG Executive Chairman and Founder Patrick F. Stone and JJAM Financial Services Chairman Joseph Murin first appeared together on the Content Beacon podcast ‘3 Guys and an iPad,’ it was to assess how mortgage and title companies might cope with a COVID-19 pandemic in its first months.

The entire conversation is highly informative and sure to be of great value to anyone in the mortgage and title industries. Stone and Murin were first asked for their assessment of how the industry had done so far.

“I’ve been absolutely stunned at how well the industry has performed,” Stone said. “If you would have asked me a year ago could we do this like we’ve done it, I’d have been very skeptical. The degree of work from home, the level of cooperation, the focus on the consumer has made me very proud to be involved in this. All components in the industry have operated at an amazing level of competence and commitment.”

“We were very lucky that we were able to be in a refinance market at the time,” Murin said. “It cut down on the requirements necessary to produce a final loan package. Had we been in another kind of market it might have been a different story. But there was a lot of cash in the refinance market and people were able to do things they needed to do.”

“One of the problems we have,” Stone added, “is we are a highly regulated industry and I think in an environment where you’re highly regulated, you’re not adverse to change, but you don’t think about change. You don’t get to go up and innovate randomly. In this pandemic we had to change quickly and it really motivated a lot of leaders to start thinking more openly about collaboration, to think more aggressively about how they can affect positive change. And the result is we have more flexibility than we had going into this.”