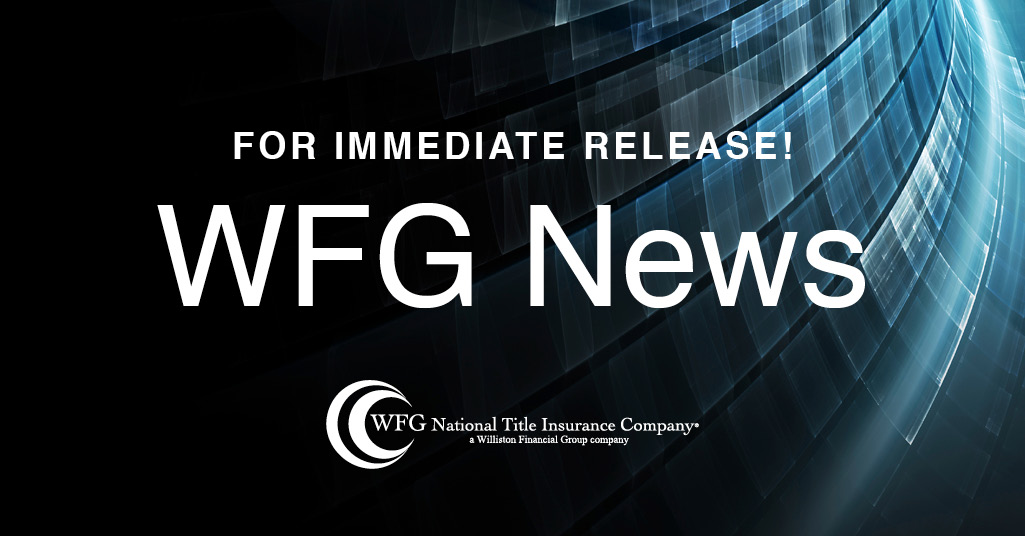 PORTLAND, Oregon, Jan. 7 — WFG National Title Insurance Company (WFG), a Portland-based national title insurance, settlement, valuation and technology services company, is creating a Cyberfraud Awareness Team to educate consumers and companies involved in the home buying and mortgage process. The company is asking industry participants – including real estate agents, mortgage lenders, financial institutions and other title insurance companies – to join the team to educate consumers about the dangers of online and email fraud, particularly at the time of closing when funds need to be wired to settlement service providers.

WFG has hired Aaron Cole, a local homeowner who just lost $123,000 in a sophisticated email scam, as the team spokesperson. A few days before the Coles were supposed to close on the purchase of their new home, Aaron Cole received an email – purportedly from WFG – instructing him to wire the down payment to an email address that looked like WFG’s but actually belonged to the scam artist. By the time Cole realized that the email was bogus, the money had been transferred from his bank account to a bank account in Florida before eventually being transferred to four other banks and then out of the country.

The Coles were in danger of losing their home days before Christmas. WFG found a way to help the Cole family and put Aaron in a position to educate other consumers on the dangers of cyberfraud, particularly the fraudulent email scam known as “phishing.”

After conducting a thorough investigation, WFG Executive Vice President and Chief Compliance Officer Don O’Neill confirmed that WFG’s email account was secure and clear of any hacking activity, which typically means in these cases that an email or emails from other parties involved in the transaction were compromised. Personal email accounts are usually not encrypted and can be easily hacked, as is often the case for consumers and real estate agents working on their personal cell phones, computers and email accounts.

“While Aaron’s story has a happy ending, most borrowers scammed by email hackers generally wind up with an unhappy ending,” O’Neill said. “We believe people will pay attention to Aaron’s story because they can relate to other consumers who are in the process of transferring funds while purchasing a home.”

WFG is creating an awareness among the large number of real estate agencies that do not consistently leverage critical cybersecurity protections. According to Bruce Phillips, head of WFG’s Information Security team (INFOSEC), without these protections, individuals and companies are vulnerable to hacking.

“Unsecure email and mobile devices are particularly at risk, and consumers are vulnerable at emotional times with tight deadlines, such as home closings,” Phillips said.

O’Neill, Phillips and WFG first recommend to always make absolutely sure an email address is legitimate before sending any sensitive personal, private information or documents or money to anyone – even if the recipient is someone they have emailed in the past.

“If you’re not sure, call the institution you’re working with to verify wire transfer directions,” O’Neill said. “Be especially on guard when you’re given last-minute changes and instructions to send money immediately. Those are red flags.”

Portland, Oregon-based WFG National Title Insurance Company (WFG), a Williston Financial Group company, is a new breed of national real estate service providers and title insurance companies powered by innovation and collaboration. Founded in 2010, WFG has become the fastest growing national title underwriter, creating and delivering a comprehensive suite of real estate-related services and technology. In all that it does, WFG strives to improve the real estate transaction, while increasing transparency and empowerment to the title agent, lender, realty professional and consumer.

WFG enjoys a Financial Stability Rating of A’ (A prime) as assigned by Demotech, Inc. Built around the directive to “communicate, collaborate, coexist,” WFG has worked to introduce a superior level of client commitment and service to the traditional mortgage and real estate industry, working to meet the changing needs of its clients, agents and associates. For more information, please go to www.WFGNationalTitle.com.