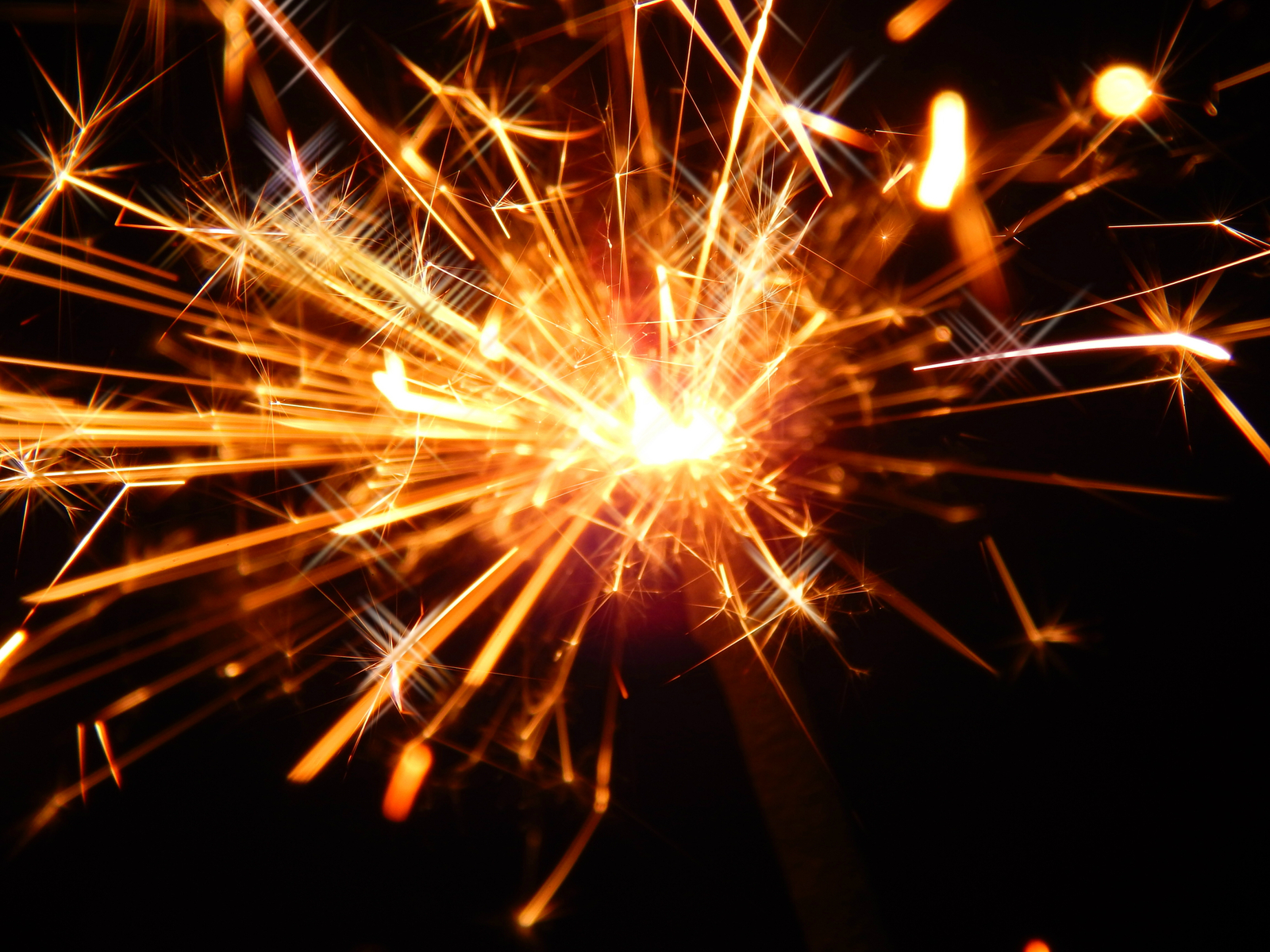 It was a dark and stormy night…

Ok. Not really. It was actually a pretty bright and sunny morning in Cleveland Ohio. June 14, 2016 to be precise. The NBA’s Cleveland Cavaliers, unbeknownst to almost all, were on the verge of completing a historical comeback to become the first Cleveland-based sports champion in over fifty years. The Republican national convention would be shining the national spotlight on this once forgotten Midwestern hub in just a few weeks. It was, in fact, a very bright day in Cleveland.

And WFG National Title was in town as well.

Normally, a visit from a title insurance underwriter isn’t big news locally. In fact, it may not be news at all. Nor do most single-day conferences in hotel ballrooms make it to the front page. But what would happen that day in the conference rooms of the Cleveland Renaissance was something you just don’t see from underwriters—at least, not until now.

The keen observer would have noticed, however, that it wasn’t just trainers or sales associates sipping coffee and greeting newcomers at the continental breakfast sidling up to the registration table that morning. If anything, the presence of the company’s CEO, Patrick Stone; its General Counsel, Joseph McCabe, CMO Justin Tucker and its top agency executives, EVPs Gene Rebadow and Charles Cain, might have suggested a high-level meeting was imminent; perhaps talks regarding a merger or acquisition. Perhaps a top five lender awaited their presentation or a new partnership hung in the balance?

Not so much, it turns out. It was actually something much more important.

You see, WFG’s top people were not in Cleveland that beautiful summer day to sell title insurance. Nor to talk M&A. Not even for meetings to sign new independent title agents. Instead, WFG’s best and brightest had come to Cleveland to teach title agents of all kinds how to better make use of technology and strategy to sell their wares to Realtors or lenders.

Not WFG’s wares. Not directly, anyway. But the attendees’ wares. That’s all.

Otherwise, it looked like a typical seminar, for, on the surface that’s what WFG’s SPARK-Igniting Your Business Through Modern Marketing & Technology was, replete with vendor/exhibitor booths offering breakthrough products used by the most successful agents; classroom style seating with the latest swag; complimentary breakfast and lunch; gallons and gallons of ice water and hotel-caliber coffee and the typical conference room climate, which ranged from 55 degrees to 80 degrees—but never seemed to land anywhere in between. Over the course of a full day, nationally-recognized CEO Patrick Stone; tech-savvy CMO Justin Tucker; powerhouse trainer and consultant Jeff Lobb of SparkTank Media (www.sparktankmedia.com) and more would lead and encourage discussion about things like brand building, digital reputation management, cyber security, post close marketing, the use of apps and social media to engage and win over Realtors…and much more.

And while it may have appeared to any outsider peeking through the door for a few seconds that she was witnessing another random seminar, the reality was remarkably different. Had that random observer stuck around, she’d have discovered that what was going on in that ball room was anything but typical. This wasn’t some turn of the century presentation about the capabilities of WFG National or a Power Point-fest describing the application process for agents. In fact, the self-promotion was mostly limited to the large WFG logo planted on the giveaways and presentation visuals. But the conversation? The graphics? The interaction and, above all, the information shared? Electric. Insightful. Practical. And, above all, useful to everyone in attendance.

The attendees? A good mix. The crowd filling the ballroom ranged from independent agents to vendors to even a few executives from captive title agencies—serving other underwriters! (Note: These agents were welcomed as well, and not escorted from the premises…). They ranged from owners to managers to the administrators charged with making plans work. They came to ask questions about Facebook, re-targeting prospects and the best iPhone apps for winning Realtor business.

Unlike so many other underwriter webinars, conferences and events, though, this was not an advertisement-fest. Nor was it a one-way broadcast while attendees fidgeted or doodled on their undersized hotel “notepads,” desperately awaiting the point of adjournment. Not by a long shot. Rather than promote its offerings and tout its strengths, the twenty-something WFG team members in attendance asked questions about the independent agents (not all of them WFG agents, either) and the way they do business. They inquired as to how they could help these agents in a changing marketplace. They offered ideas at no cost and outlined practical takeaways that the attendees could have used to sell title insurance policies for competitors of WFG. The concept was at once humble and yet bold: “How can we help you?” blended seamlessly with “Every title agent could benefit from our recommendations—no matter what underwriter they use.” Unlike a typical half-day seminar, the conversation spilled into the halls, between sessions, amongst attendees as well as presenters. Most of all, the topic of conversation didn’t come to rest in the dusty corners of old ideas based upon “how we’ve always done it.” Instead, they were talking about “how could we do it…differently and better?”

Today’s title insurer doesn’t have the luxury of exclusion and one-way “dialogue” is no longer a thing—not, at least, when it comes to encouraging new business or winning new clients. A title insurance company no longer simply exists to sell title insurance (or encourage independent agents to sell its title insurance). The industry has changed too much for that model to succeed. Instead, today’s title insurer wears many hats and plays many roles: legal and technology consultant; operations analysis; educator and trainer; aggregator of data; business partner; go-to-networker/matchmaker and, at times, even confidant or counselor. Similarly, winning new business is no longer about the (insert box of doughnuts reference here) sales tactics and slogans that will win you a second look. Instead, it’s about building relationships with people and brands you trust. It’s about communications that bring you value in and of themselves. It’s all about you—not the sender of the message. That’s true for agents communicating with Realtors or lenders. And it’s true for title underwriters as well.

This SPARK event in Cleveland wasn’t a one-time experience, or annual event, either. SPARK has taken place in a number of cities across the country, and will continue in 2017 (click here to see a schedule and learn more). WFG’s C-level executives weren’t just at this one SPARK event—you’ll find them at most, if not all such gatherings.

But you won’t find anything like SPARK without a WFG logo on it. Not according to Lobb, who has seen and presented at his share of corporate conferences, workshops and seminars. “Nobody in this space has done this before,” he muses. “This is about engaging the agents, not lecturing them.”

From what Lobb has seen, the SPARK events aren’t ending with cocktail hour, either. “One of our biggest themes—and this was inspired by our interactions with attendees—was that this is only a beginning. Many of our attendees are taking our tips, suggestions and building blocks and plugging them in at the office as soon as possible.”

That call to action has inspired WFG to create a Pathway to Success program. Designed in follow-up to the SPARK events, this resource will serve as a training library for agents, including videos and podcasts on sales and marketing; drill downs on the tactics mentioned at SPARK and a treasure trove of executable ideas for agents seeking to differentiate, rather than regurgitate.

“SPARK is getting bigger and more unique the more cities we visit,” said CMO Justin Tucker. “Many times, we find we have to tweak the agenda on the fly, to accommodate the questions and requests our attendees make. They’re into it—not just here for CE or CLE credits. The result is more of a workshop or even a town hall of sorts. We’re learning from them as much as they’re learning from us. There’s no better way to affect change and breed success today.”